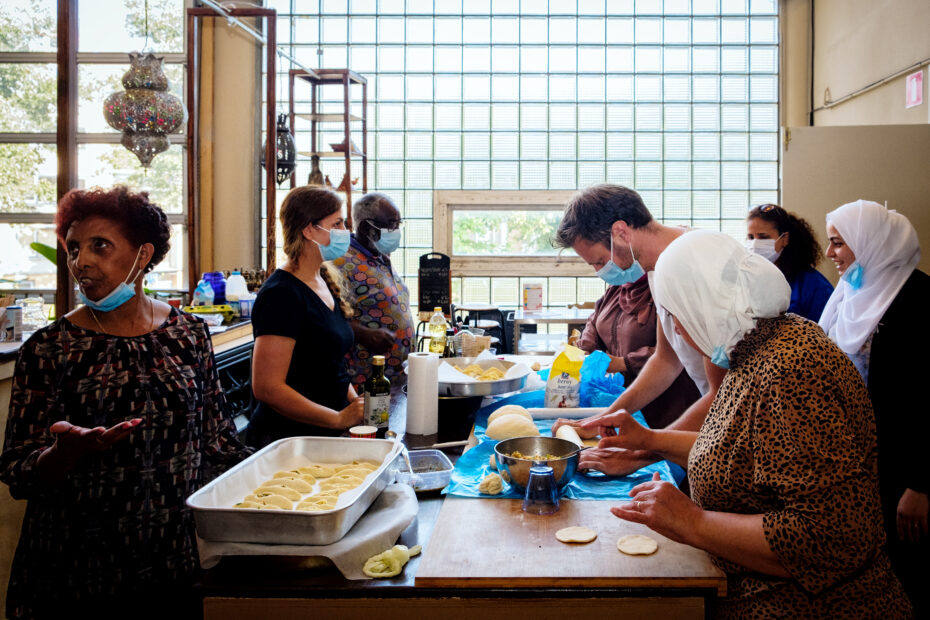 Gedeelde Geschiedenis (“History Sharing”) is an initiative of Road of Hope with the Municipality of Amsterdam, New West District, that aims to promote diversity and the integration of status holders in Amsterdam Nieuw-West through developing opportunities for sharing history and personal experiences!

The first event, the Cooking Workshop, took place on July 28th and brought together about 23 people, including status holders, Dutch citizens, and instructors. Four recipes were compiled into a
cookbook that also described the history of each dish, all written by the women themselves. “I found it a very enjoyable experience, especially when we could participate. It’s nice to get to know others in this way,” reported Jelle Guijt, one of the participants and mediator at Vrijwilligers Centrale Amsterdam.

On August 4, another event brought together different cultures to learn some European history through monuments and places in Amsterdam. The City tour was led by Brian Burgoon, a Professor of International and Comparative Political Economy at the University of Amsterdam (UvA) and the President of Road of Hope. 15 participants took part in the tour which visited the Dokwerker statue, the Wertheim/Auschwitz monument park, the Burcht Union Hall, Hollandse Schouwburg and many other places.

What’s coming up!
Following the events as part of the “Gedeelde Geschiedenis” project, Road of Hope will hold different activities throughout the year. Outdoor sports activities and photography workshops are among the next initiatives.